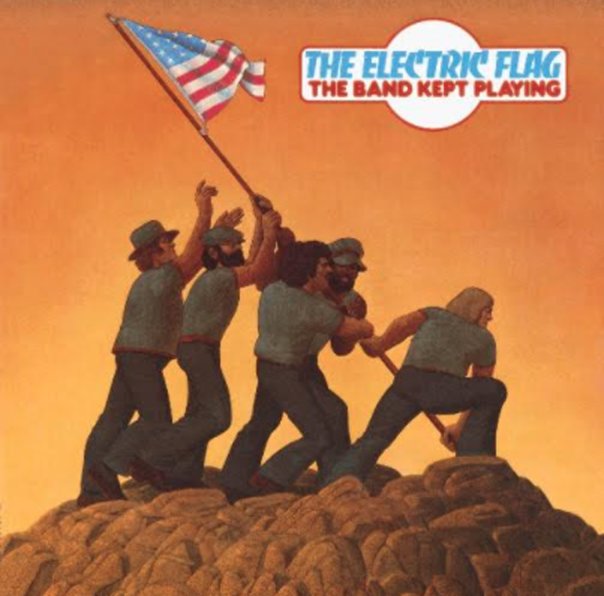 Electric Flag keep on playing – a statement that hardly needs to be made, when you've got a group lineup as strong as this! The album's a bit later in the combo's vintage, but actually seems to have the individual members finding more focus in the company of each other than they might have on their own – really focused, balanced sounds from Buddy Miles on drums, Nick Gravenites on guitar, and Roger Troy on bass – all of whom provide lead vocals at some point – alongside the sweet keyboards of Barry Goldberg and guitars of Mike Bloomfield! The quintet's a supergroup who clearly love working together – really coming up with something that sounds way more like a group effort instead of a bunch of egos in the studio – a great Cali sense of collaboration, on titles that include "Sweet Soul Music", "Make Your Move", "Lonely Song", "The Band Kept Playing", "Talkin Won't Get It", "Inside Information", and "Earthquake Country".  © 1996-2021, Dusty Groove, Inc.