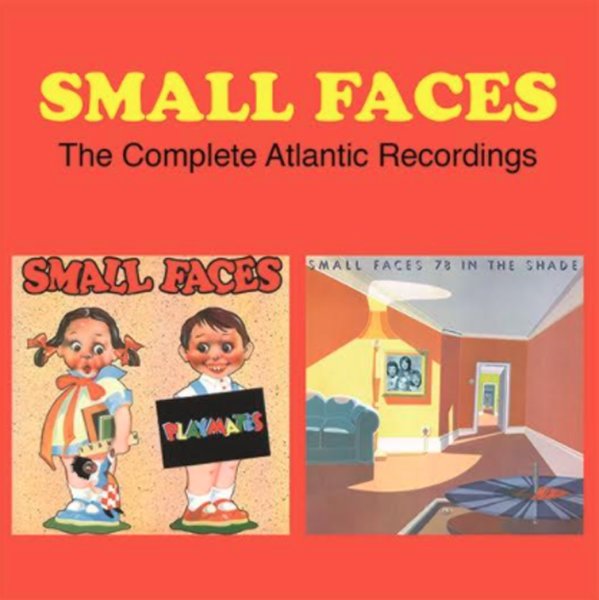 Complete Atlantic Recordings (Playmates/78 In The Shade – with bonus tracks)

Two later Small Faces albums – back to back on a single set, with bonus tracks too! First up is Playmates – a late 70s gem from the revived version of the Small Faces – a group who seem to have gone through the same maturity and richer understanding of their roots as the Faces – but who come across here in an even more sophisticated way! Steve Marriott's at the helm – on guitar and vocals – and has this understated approach that's a great change from the early days – as if he's got nothing to prove, but is completely confident in his way of putting a tune over – which makes the slight twang of most of these numbers wonderfully charming, and surprisingly solid. Titles include "High & Happy", "Saylarvee", "Find It", "Lookin For A Love", "Playmates", "Never Too Late", and "Tonight". 78 In The Shade is from 1978, a year when the reborn Small Faces were still sounding plenty darn great! The album follows nicely from the previous Playmates – with the strong rootsy undercurrents as that one, way more than in the group's earlier music – produced tightly, but still at a level that's free from commercial fluff or any too-easy attempts at a hit. Steve Marriott's presence in the lead is great – the the overall presentation is surprisingly free of hoke, and the album falls somewhere in the territory of the best solo material by Ronnie Laine, Rod Stewart, or Ron Wood. Titles include "Over Too Soon", "Brown Man Do", "Real Sour", "Filthy Rich", "Stand By Me", and "Let Me Down Gently". CD features the bonus tracks "Kayoed By Luv" and "Hungry & Looking".  © 1996-2022, Dusty Groove, Inc.