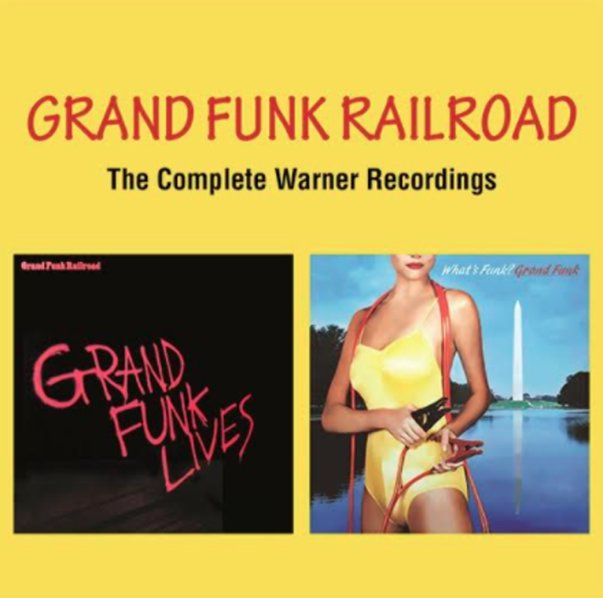 A pair of Warner Brothers albums from Grand Funk – with a bonus track too! Grand Funk Lives is early 80s work from Grand Funk – off the Railroad by this time in their career, but still very sharp at providing the kind of tracks they first did so well back in the day! Given how much hard rock had hit the mainstream by the early 80s, the record's almost as if the group are showing the rest of the younger pack how it's done – effortlessly spinning off guitar riffs and catchy vocals on tunes that include "Testify", "Good Times", "Stuck In The Middle", "Greed Of Man", "Wait For Me", and "No Reason Why". What's Funk is a record that asks a musical question with the title – although one that provides an answer that's different than you might expect if you're a fan of soul music! Still, if you've been a lover of Grand Funk right from the start, you'll find plenty to please your ears here – a slight 80s twist in the production and instrumentation – less organ and more keyboards, but still plenty of guitars – and the usual top-shelf vocal presentation from Mark Farner at the head of the group. Titles include "Borderline", "El Salvador", "Don't Lie To Me", "Life In Outer Space", "Innocent", and "Still Waitin". CD features the bonus track "Let It Happen".  © 1996-2021, Dusty Groove, Inc.