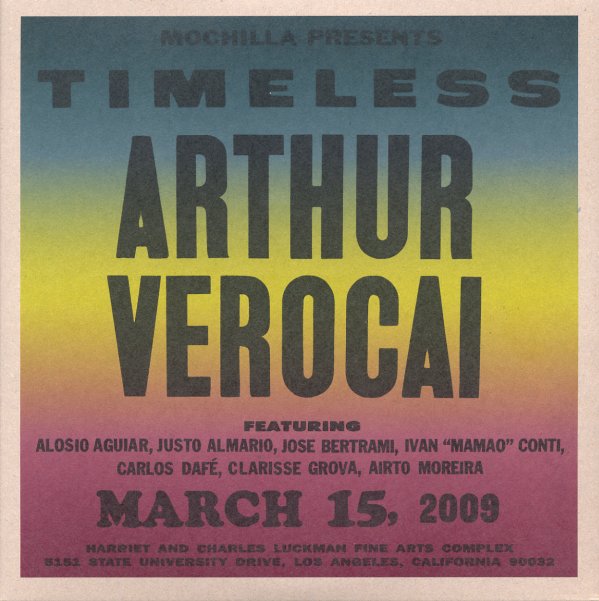 An amazing return to form for the legendary Arthur Verocai – the Brazilian artist whose 1972 album was initially buried under the shifting sands of time – only to re-emerge to a huge new audience in the 21st Century via reissue – and sampling by a host of artists who include Ludacris, MF Doom, and others! This set features Verocai recreating the album in a live setting – adding in some additional music, and working with key Brazilian talents Airto on percussion and Jose Roberto Bertrami on keyboards, as well as the great Justo Almario on reeds – plus some younger talents all brought together as part of this fantastic Timeless series by Mochilla. The performance is wonderful – a fantastic testament to the true timelessness of this music – with titles that include "Karina", "Sylvia", "Dedicada A Ela", "Sucuri", "Flying To LA", "Na Boca Do Sol", "Velho Parente", "O Mapa", "Balada 45", "Isabel", "Bis", "O Temo E O Vento", and "Filhos".  © 1996-2021, Dusty Groove, Inc.