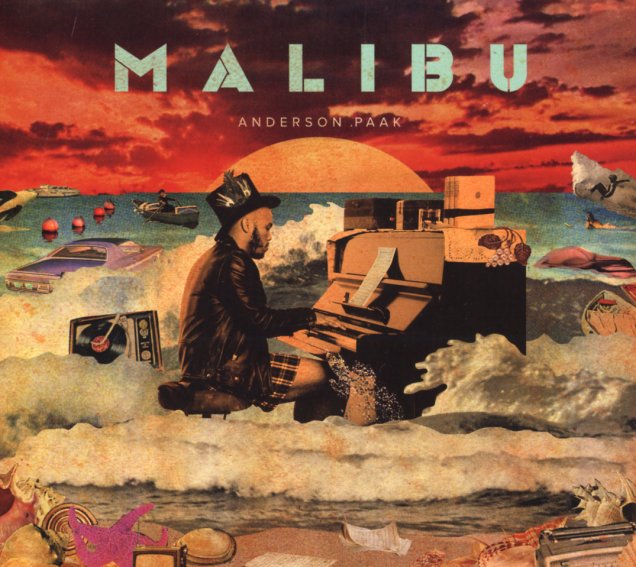 A brilliant creative leap for singer/rhymer/producer Anderson .Paak as a solo star – released months after his standout, near show-stealing moments on Dr. Dre's Compton record! .Paak's proved himself a stellar collaborator many times over by the time Malibu dropped, and here he proves a stellar host – but make no mistake, Malibu is his show, and a REALLY strong one. Contemporary hip hop soul with grit and heart – with appearances by BJ The Chicago Kid, Robert Glasper, Rapsody, The Game, Talib Kweli and more on the mic, plus guest production by Madlib, Hi-Tek and others. Includes "The Bird", "Heart Don't Stand A Chance", "The Waters" with BJ The Chicago Kid, "Put Me Thru", "Without You" feat Rapsody, "Room In Here" feat The Game & Sonyae Elise, "Celebrate", "Come Down", "Your Prime", "The Dreamer" with Talib Kweli & Timan Family Choir and more.  © 1996-2022, Dusty Groove, Inc.
(RSD Essentials pressing. Limited edition!)

Man About Town
Vagrant, 2016. New Copy (reissue)
LP...$22.99 23.98
Mayer Hawthorne just keeps on rising and rising with each new record – to a level where he's not just sounding like those 70s influences that have always been a force in his music, but actually manages to fit right in alongside them with a seamless sound and completely confident vibe! The ... LP, Vinyl record album