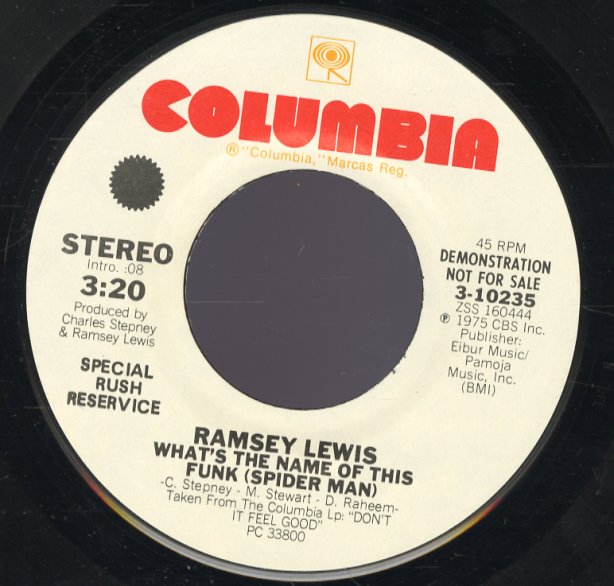 What's The Name Of This Funk (Spider Man) (mono, stereo)

"What's The Name Of This Funk" is an upbeat funky tune – pretty fast-grooving, with female vocals on the chorus, and lots of electric keys from Ramsey.  © 1996-2021, Dusty Groove, Inc.
(Promo.)