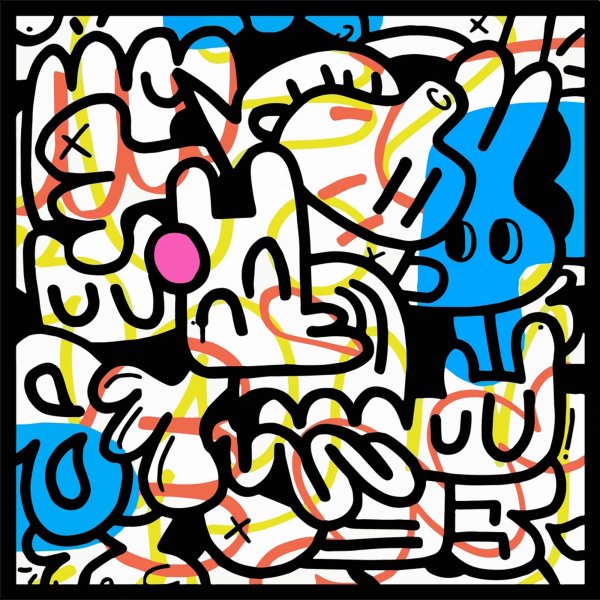 The full length debut of Andy Ash – a younger UK artist who's been making a nice splash with tracks in recent years, and who emerges here fully formed, with more than enough talent to fill up the double length set! The tracks are nice and long, and occupy this spare, simple space – maybe that moment when Chicago acid house influences were leading into some of the moodier touches that were emerging on the New York scene at the start of the 90s – a great moment when house music learned to do a lot more with less, which is definitely the approach that Andy's going for here. Titles include "Truth Acid", "Vacancy", "Make It Hot", "Let Love Shine", "Travelin", and "Feels".  © 1996-2021, Dusty Groove, Inc.

Rhythmic Conversations
Schema (Italy), 2018. New Copy
LP...$19.99 29.99
Some of the rootsiest work we've heard in years from the mighty Gerardo Frisina – a set that still has his rhythm programs in the mix, but combined with loads of acoustic drums, percussion, piano and vibes – all given some sweet touches by occasional Fender Rhodes solos as well! The ... LP, Vinyl record album

Tre
Schema (Italy), 2003. New Copy 2LP
LP...$24.99 (CD...$4.99)
The 3rd album by The Dining Rooms (in case you couldn't guess by the title!) – and the best so far! These guys have really matured from earlier outings – moving into a sophisticated realm of downtempo soundscapes crafted with a great deal of care, and which are put together with a lot ... LP, Vinyl record album

Echoes Of Africa
Space Echo (Italy), 2021. New Copy
LP...$26.99 32.98 (CD...$18.99)
There's plenty of Afro Funk influence in this album from Invisible Session – a long-running act who've given us a number of excellent records on the Schema label – but there's also plenty of the group's own spirit too, thanks in part to trombone and keyboards from the mighty Gianluca ... LP, Vinyl record album

In Search Of Hope
Freedom School/First Word (UK), 2008. New Copy 2LP
LP...$28.99 39.99
A brilliant album from Kaidi Tatham – deeper by far than anything we've ever heard from him, and way more than you might expect if you only know his singles from the London scene! This set's got a very strong jazz component – monstrous keyboard work from Kaidi that stretches and soars ... LP, Vinyl record album