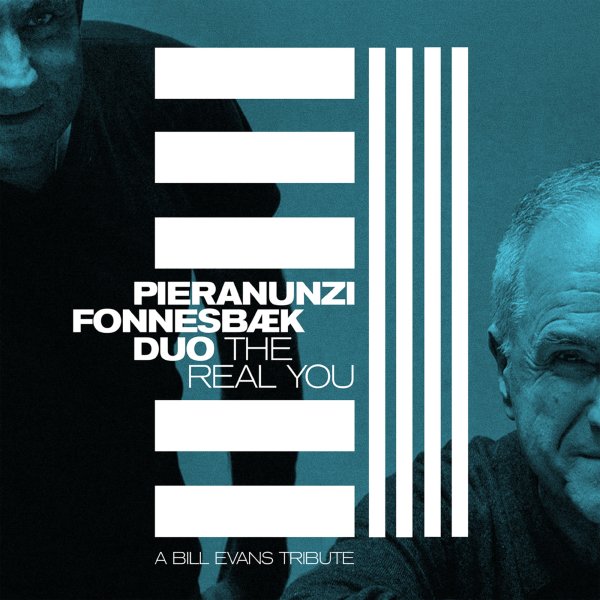 Real You – A Bill Evans Tribute

A tribute to Bill Evans, but one that's very much in the voice of the duo – pianist Enrico Piaranunzi and bassist Thomas Fonnesbaek – both players who bring a strong sense of their own spirit to the album! Sure, there's a quality here that's definitely in the territory of the collaborations between Bill Evans and bassist Eddie Gomez – but only in structure, not in sound – as Pieranunzi has all these very unusual, personal colors to his piano – and Fonnesbaek has the presence of Gomez, but a sonic quality that's all his own. Think of the set as one that's maybe allowed by the inventions of Bill Evans, rather than slavishly tied to him – and enjoy the great titles that include "Sno Peas", "Passing Shadows", "People Change", "Hindsight", "More Stars", and "The Real You".  © 1996-2021, Dusty Groove, Inc.