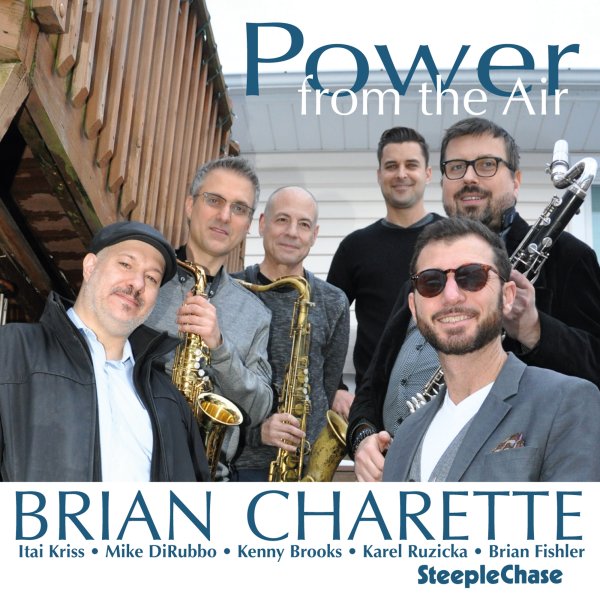 Power From The Air

Brian Charette wields the Hammond B3 here in a really wonderful way – sometimes using the instrument with a full force that really drives the rest of the group, other times hitting more spacious lines that bring in all these great colors from the horn players on the set – a lineup that includes Itai Kriss on flute, Mike DiRubbo on alto, Kenny Brooks on tenor, and Karel Ruzicka on bass clarinet! Alongside the drums of Brian Fishler, the horns are used almost like a mini-ensemble – filling in next to the organ in the way you might hear on some of the hipper charts used with Jack McDuff at the end of the 60s – although Brian's approach is very much his own. The set includes lots of tasty original tunes – including "Silver Lining", "As If To Say", "Fried Birds", "Elephant Memory", "Power From The Air", "Want", and "Frenzy".  © 1996-2021, Dusty Groove, Inc.