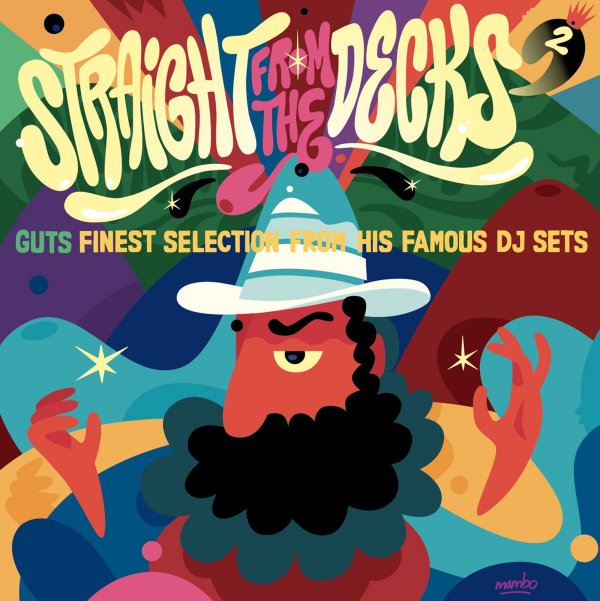 A sweet set of grooves from around the globe – all the sorts of tracks that Guts plays in his legendary DJ sets overseas – music that's got a much more far-reaching vibe than some of the tracks he issues under his own name! Overall, the set's very much in the best spirit of the Heavenly Sweetness label – especially in the way that company brings together music from so many different times and scenes around the planet – music that's taken even further here in the rich array of tunes that Guts serves up! A number of tracks are contemporary, but there's definitely some classic global flavors going on too – and titles include "Saude" by Pupulies & Rebecca, "Aye" by Ngalah Oreyo", "Canette (Bosq rmx)" by Pat Kalla & Le Super Mojo, "Utammada" by Ismail & Sixu Toure, "Nzambi/Muadiakime" by Alcione, "Aye" by Ngalah Oreyo, "Pe Di Bissilon (Dam Swindle rmx)" by Bande Gamboa, "Mi Moin Mi Ou" by Jobby Valente, "Cumbia De Sal Y Azucar" by Chucho Pinto Y Sus Kassino, "Limye" by Violaaa, and "Yamona (Dam Swindle rmx)" by Pat Thomas & Kwashibu Area Band.  © 1996-2022, Dusty Groove, Inc.