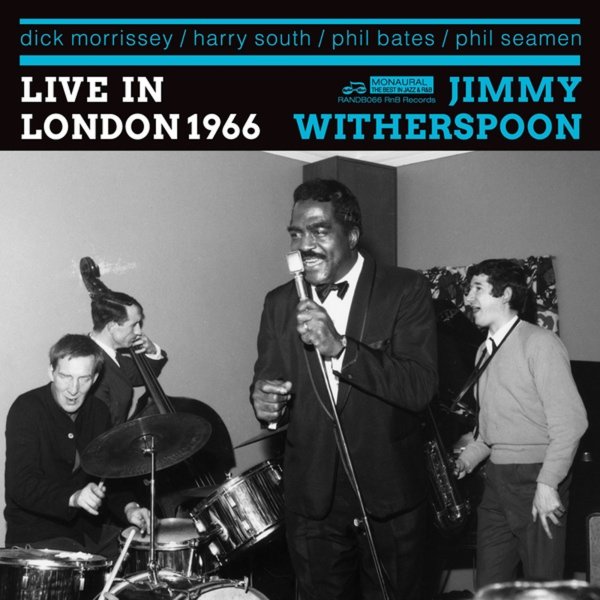 Singer Jimmy Witherspoon recorded some great music over here in the US, but this set from London might well be one of his best of the 60s – and features Jimmy working with superb backing from a hell of a quartet! The group's led by tenorist Dick Morrissey, who gets in plenty of great solos himself – and the others include Harry South on piano, Phil Bates on bass, and the legendary Phil Seamen on drums – all working with a tightness that feels as if they've been working with Witherspoon for years. Saxophonist Peter King also appears on a few tracks, and one more features Alexis Korner on guitar and Ray Warleigh on alto – and throughout, Jimmy is fantastic – singing in that unique blend of jazz and blues that made his music of the postwar years so great, and such a great pairing for the mod sound of 60s London. Titles include "Sweet Lotus Blossom", "If There Wasn't Any You", "Send Me Someone To Love", "Big Fine Girl", "New Down Home Blues", "Kansas City", "In Walked Bud", "When Will I Be Called A Man", and "Times Getting Tougher Than Tough".  © 1996-2021, Dusty Groove, Inc.