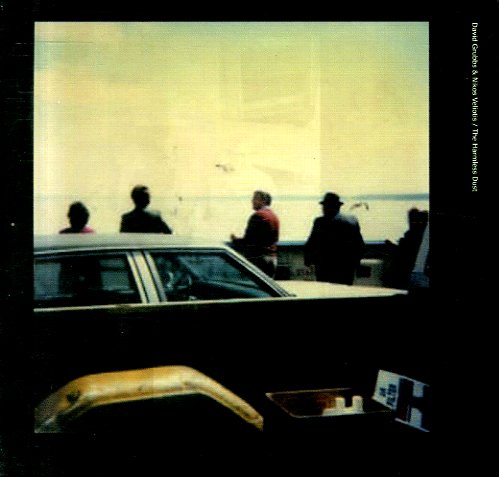 Beautifully minimal sounds from the duo of David Grubbs and Nikos Veliotis – Grubbs on piano and Hammond organ, and Veliotis on cello and e-bowed piano – all instruments that are used together in really wonderful ways! The first half of the set features piano and cello – the latter of which is often gently bowed, with these long-running tones that are very different than the spacious, well-chosen notes that come from Grubbs' piano – almost as if Veliotis is trying to create this subtle cloud of darkness to offset the brighter tones of the keys. That approach shifts slightly on the second half – as both the Hammond and bowed piano have a similar resonance together – making these very slow, subtle sonic shifts as the record moves on – creating some very nice tension near the end!  © 1996-2021, Dusty Groove, Inc.

Arborvitae
Hapna/Improved Sequence (Italy), 2003. New Copy Gatefold
LP...$19.99
A really beautiful collaboration between Loren Connors and David Grubbs – an all instrumental set that has Grubbs playing a fair bit of piano – used in these warm, gently-opening passages that are completely sublime! In fact, it's almost as if David's taming some of the energy of Loren' ... LP, Vinyl record album