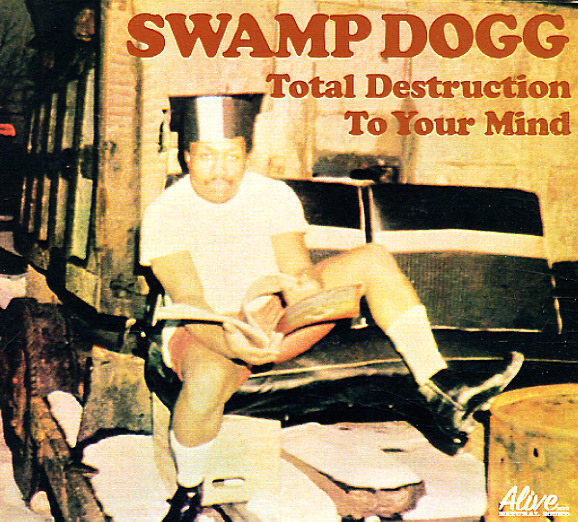 One of the earliest albums ever from Swamp Dogg – and one of the best as well! The set was cut down at Capricorn Studios in Macon, and has a wicked blend of southern funk and deep soul that Swamp never hit this well ever again – a quality that almost makes us think the album was more of a serious effort than some of his later recordings – which always seemed to hide the real soul depth of Jerry Williams beneath some tongue in cheek elements. Not so here, though – as the record has a straight ahead deep soul quality that features Swamp's vocals crackling with the best of his contemporaries – and belting out some wickeder messages on the album's funkier tunes. Mr Dogg supervised the whole thing – from conception to production to performance – and titles include "Total Destruction To Your Mind", "I Was Born Blue", "Redneck", "Synthetic World", "Dust Your Head Color Red", and "The Baby Is Mine".  © 1996-2021, Dusty Groove, Inc.