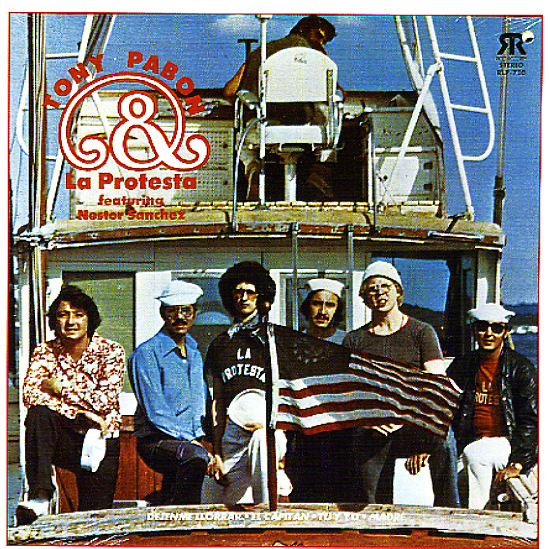 Smoking salsa from La Protesta – a group who really benefits from the lead trumpet lines of Tony Pabon, who also sings on some of the record too! The group have a tight sound that's right on the money – a groove that's right up there with the best Fania salsa combos of the time, but perhaps even leaner too – less overblown with any superstar sensibilities, and delivered here with a nice amount of youthful fire. Nestor Sanchez sings on tracks that don't feature Pabon – and titles include "Madre", "El Capitan", "El Errante", "Que Tienes Titina", "Tu Y Yo", "Dejenme Llorar", and "El Quincallero".  © 1996-2021, Dusty Groove, Inc.
(Original US yellow label pressing. Cover has light wear in two corners, but is nice overall. Label has a name in pen.)