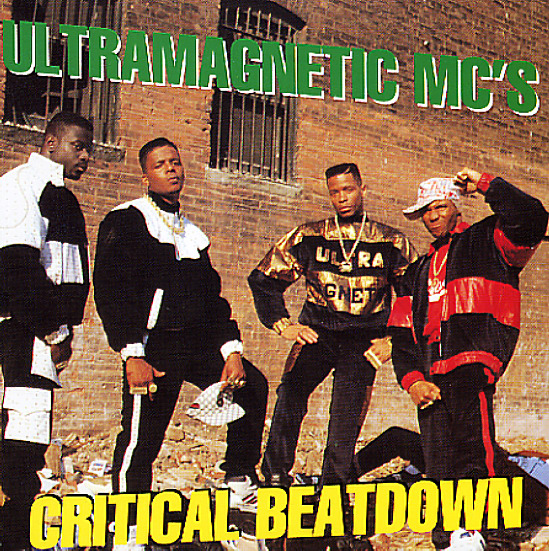 An undisputed indie classic from the end of the 80s – as Ultramagnetic MCs burst out of the Bronx with a fresh sound that challenged the new waves of styles emerging from Long Island! The group are super sharp and on point right from the start – with a young Kool Keith already overflowing with that special sort of magic he brought to his lyrics, and production from Ced Gee that really gives the whole thing focus! This is one of those records that only those in the know picked up at the time – but it's become a completely essential document over the years – thanks to titles that include "Watch Me Now", "Ego Trippin", "Ease Back", "Funky", "Kool Keith Housing Things", "Feelin It", "Ced Gee (Delta Force One)", "Traveling At The Speed Of Thought", "One Minute Less", and "Ain't It Good To You". 2LP pressing features bonus tracks "A Chorus Line (12" version)", "Funky (12" version)", "Bait (12" version)", "Traveling At The Speed Of Thought (hip hop house mix)", "Mentally Mad (12" version)", and "Ego Trippin (bonus beats)".  © 1996-2021, Dusty Groove, Inc.
(Individually numbered limited edition pressing – on heavyweight yellow vinyl!)