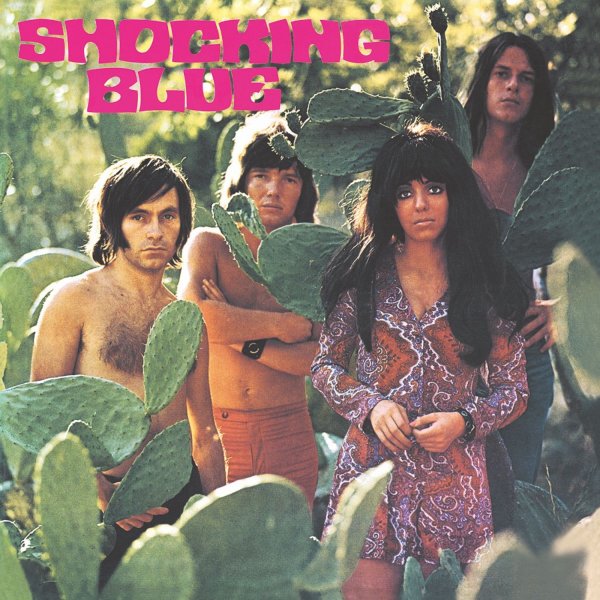 Most folks only remember Shocking Blue for their one big chart hit – but the group's pretty darn fantastic all the way through, and do a fantastic job of mixing together late psych pop and some of the more compressed modes to come in European pop of the 70s – almost acting like a bridge between the two with a record like this! Lead singer Marisks Veres has almost a Grace Slick sort of fury to her style – a really bold lead on most tracks, and one that sounds equally great when harmonized with the male members of the group. The production is great, too – a way of compressing all the best bits together, while still keeping an edge – tight, but never slick – on titles that include "Demon Lover", "Scorpio's Dance", "Alaska Country", "Little Cooling Planet", "I Love Voodoo Music", and a version of "Sally Was A Good Old Girl". LP features four bonus tracks – "Hello Darkness", "Mighty Joe", "Pickin Tomatoes", and "Send Me A Postcard".  © 1996-2021, Dusty Groove, Inc.
(Individually numbered limited edition pressing – on heavyweight pink vinyl!)