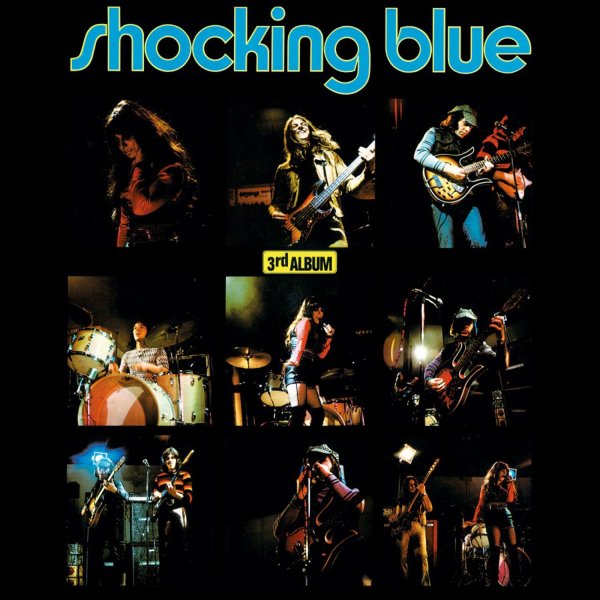 The third album from Shocking Blue, in case you couldn't guess from the title – and a set that seems to have the group increasing their intensity at just about every level in their sound! The tunes are deeper and less pop-oriented than before – with stronger guitars, and increasingly great vocals from Marisks Veres – one of the more unique singers of her generation, and already moving far past the style she used on "Venus", which was her key global moment of exposure from the group's first album. Titles include "Simon Lee & The Gang", "Shocking You", "Velvet Heaven", "Love Sweet Love", "I Saw Your Face", "Don't You See", "Bird Of Paradise", and "Moonlight Night". Also includes six bonus tracks – "Roll Engine Roll", "Waterloo", "Never Marry A Railroad Man", "Blossom Lady", "Is This A Dream", and "Poor Boy (long version)".  © 1996-2021, Dusty Groove, Inc.
(Individually numbered limited edition pressing – on heavyweight turquoise vinyl!)