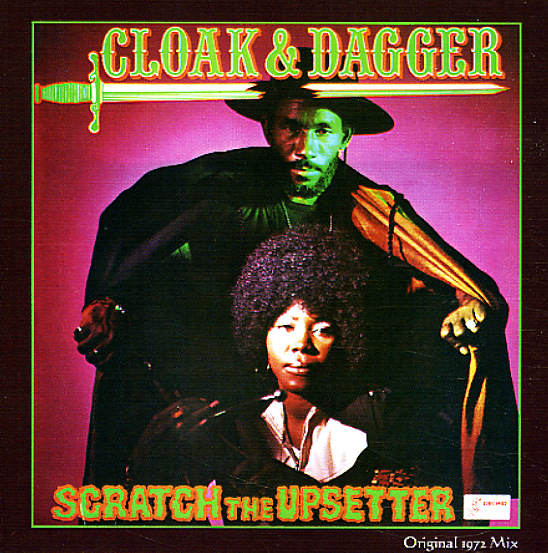 Sweet! One of the harder Scratch efforts to track down over the years, one we're always glad to come across! Recorded in the late 70s, when his wigged out follies at the Black Ark had reached their peak –though there's a bit of debate over whether these tracks were actually recorded at the Black Ark – this is one of the first albums issued after the studio burned to the ground. Whichever side of the argument you fall on, you can't argue with the tracks on this one: spare instrumental Perry-isms with jaunty guitar, loping syncopated drums and bouncing bass, plus Tommy McCook's horn. Titles include "Cloak & Dagger", "Hail Stone", "Musical Transplant", "Liquid Serenade", "Iron Claw", "Rude Walking", "Cave Man Skank", "Pe We Special" and more.  © 1996-2021, Dusty Groove, Inc.

Build The Ark (3LP set – 180 gram orange vinyl pressing)
Trojan/Music On Vinyl (Netherlands), Mid 70s. New Copy 3LP
LP...$44.99 53.99
Groundbreaking 70s work from Lee Scratch Perry – served up here with both work from The Upsetters, and a long list of "friends" – different singers who take the lead on some of the productions, which are then presented back to back with dub versions of the tracks that overflow ... LP, Vinyl record album