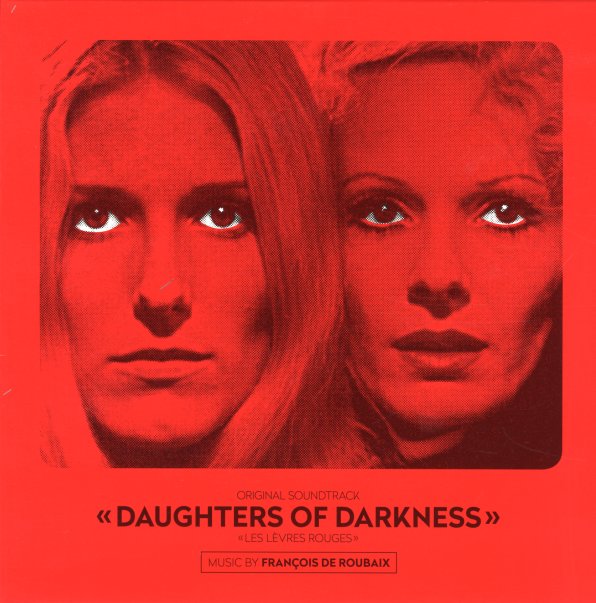 One of the spookiest soundtracks ever crafted by one of our favorite film composers of all time! Francois DeRoubaix always had this amazing style to his music – unlike anyone else, especially in the way he could blend together spare acoustic elements and unusual sonic and electronic touches! There's a very intimate feel to the record – almost as if Francois is performing most of the sounds in the studio himself – balancing a guitar line with a keyboard fill, a bowed bass bit with drums, soaring strings with trumpet, and so on – occasionally hitting some funky touches that really keep things interesting – and which makes some of DeRoubaix best work on a par with the genius of Serge Gainsbourg and Jean-Claude Vannier! Titles include "The Countess Kiss", "Phantom Organ & Piano", "Pursuit On The Dunes Of Ostend", "Accident & Cymbalum", "Love On The Rails", "Red Lips", "Ballad In Bruges", and "The Dunes Of Ostend Flagellation". Also features two bonus tracks not used in the film – "Dracula 68 Woodstock" and "The Bruges Band".  © 1996-2021, Dusty Groove, Inc.
(Individually numbered limited edition of 666 – on heavyweight blue vinyl, with bonus 7 inch and poster!)