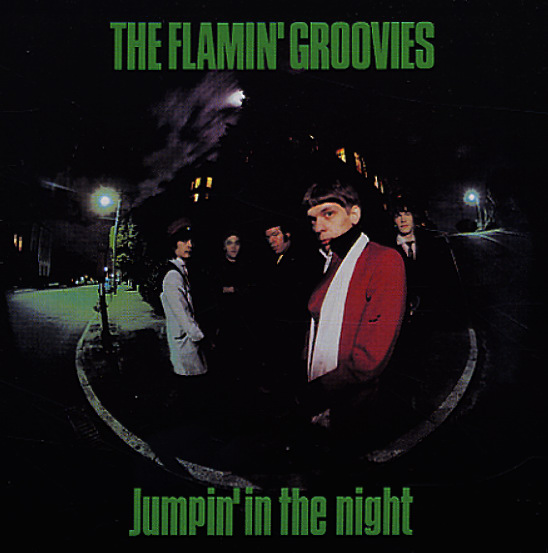 Killer work from The Flamin Groovies – a group who were already a bit out of time at their start, and who continue that approach here during the late 70s punk years – but at a way that maybe makes them stand out even more than before! The set's got a style that mixes rock roots with some rawer punk-styled production – a mode that really fits the Groovies, and seems to intensify their sound more than before – especially the lead guitar work of Cyril Jordan, who co-produced the set, and makes sure that he's right up front in the mix! The set includes a great version of the Warren Zevon tune "Werewolves Of London", a nice remake of Dylan's "Absolutely Sweet Marie", and the tracks "Jumpin' In The Night", "Next One Crying", "First Plane Home", "In The USA", "Down Down Down", "It Won't Be Wrong", "Ladyfriend", and "Tell Me Again".  © 1996-2022, Dusty Groove, Inc.
(Individually numbered limited edition of 1000 – on heavyweight green vinyl!)