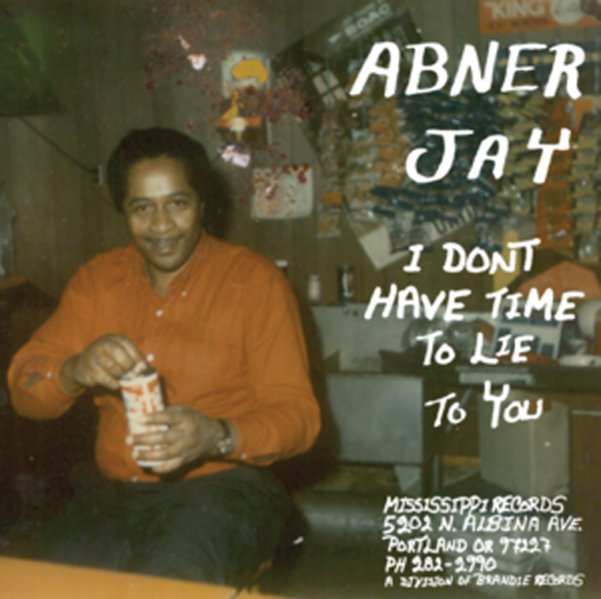 I Don't Have Time To Lie To You

Great work from Abner Jay – an artist who's as timeless as he is unique – working here in a very special blend of blues and folk roots, all served up with the kind of bold personality you might expect from the title! Jay plays acoustic guitar and harmonica, and sometimes adds in a bit of percussion – and there's this ancient sensibility to the recordings, at a level that makes it as difficult to tell the date of the music from listening as it is from the lack of detailed notes with the package! Yet information at that level is hardly needed to enjoy Abner's music – he's the kind of individual who grabs you right away, without requiring an introduction – as you'll hear on titles that include "I'm So Depressed", "99 Years In Jail", "Hard Working Man", "The Love Wheel", and "My Baby Is Coming Back To Me".  © 1996-2021, Dusty Groove, Inc.