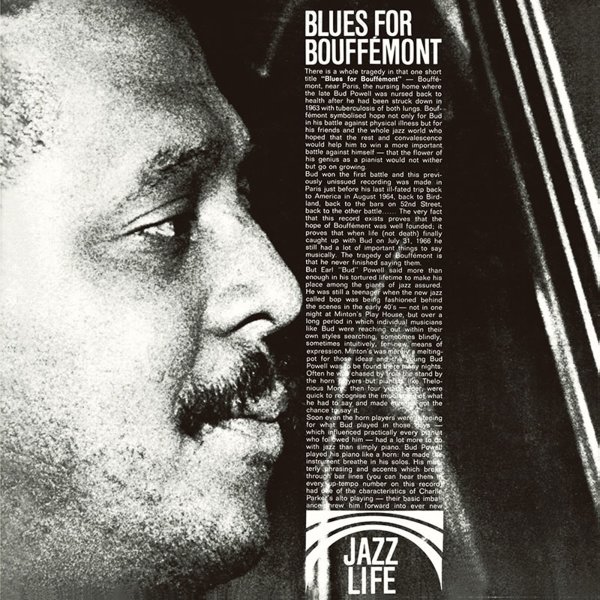 A pair of late Bud Powell albums – brought together here in a single set! First up is Blues For Bouffemont – wonderful late work from pianist Bud Powell – recorded in France, where Bud seemed to do all of his best recordings in the early 60s! The setting is a trio – with Art Taylor on drums and Michel Gaudry on bass – but as always in such a mode, Powell has a way of opening the tunes up wonderfully – exploring the boppish currents that he first helped unveil years before, but also showing a newfound lyricism that makes us wonder what strong role Bud would have played on the European scene, had he survived into the 70s! Titles include "Una Noche Con Francis", "Like Someone In Love", "Blues For Bouffemont", "Moose The Mooche", "Little Willie Leaps", and "My Old Flame". CD also features bonus tracks with a second trio – "I Know That You Know", "Star Eyes", and "There Will Never Be Another You". Next is Hot House – maybe the last album that Bud Powell ever recorded with a horn player – and a fantastic one too – as the set features tremendous work from rising tenor genius Johnny Griffin! The setting is a live one – with Guy Hayat on bass and Jacques Gervais on drums – and the group open up wonderfully to provide this really crispy setting that brings out the best in Griffin's tone – that amazing edge that he always had right from the start, but which really seemed to come into focus even more strongly during this stretch overseas! Some tracks are nice and long – especially versions of "Wee", "John's Abbey", and "Straight No Chaser" – alongside tunes that include "Bean & The Boys", "Move", and "Salt Peanuts".  © 1996-2022, Dusty Groove, Inc.