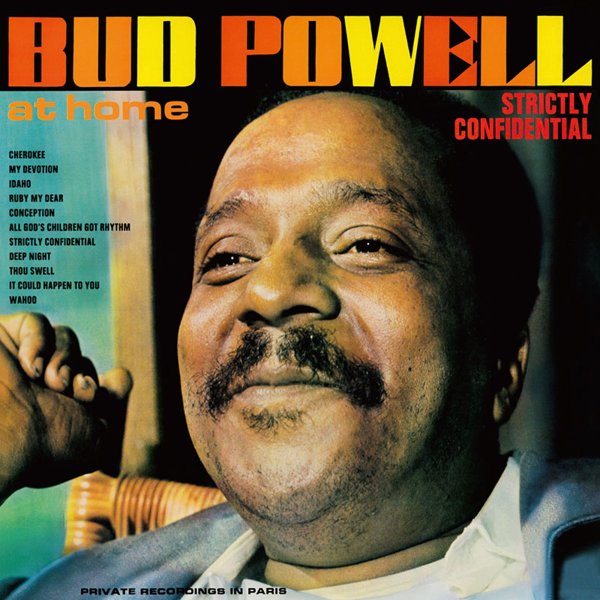 A pair of rare late albums from Bud Powell – back to back in a single set! Strictly Confidential is a really unusual set of recordings from pianist Bud Powell – tracks recorded in his overseas home, solo – a setting that puts the keyboard magic of Powell in a similar sound to that of Art Tatum, who'd recorded in such a way the decade before! At some level, these might be the most compelling recordings that Bud made at the time – as there's an intimacy that's wonderful, and an inherent swing that makes you realize how much Powell was always driving the group – even when he was working with top-shelf drummers and bassists. Plus, the solo mode maybe also opens up a current of humanity past the Bud's skills on the keys – which makes the whole record all that much more powerful. Titles include "Deep Night", "Strictly Confidental", "Wahoo", "Deep Inside", "My Devotion", "Conception", and "Ruby My Dear". Essen Jazz Festival All Stars is a great recording from the 1960 Essen Jazz Festival in Germany – one that has bassist Oscar Pettiford playing with Bud Powell and drummer Kenny Clarke (all of whom were living abroad at the time), and being joined by Coleman Hawkins on a few tracks. On the trio sides, although Powell's strong piano is out front, Pettiford still gets a lot of room to solo in warm round swells. The Hawk sides are our favorites, though, because we love the great tenor player at this point in his career, when he was playing in a way that was deceptively easy, but which was filled with all of these incredible surprises. The tracks on this LP are no exception, and the Hawk flies high high high on "All The Things You Are", "Yesterdays", and "Stuffy".  © 1996-2022, Dusty Groove, Inc.
(Part of the Black Lion Records Master Collection!)