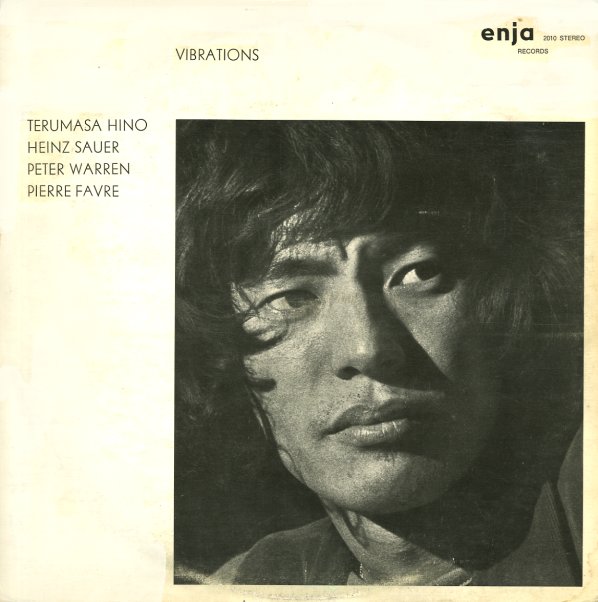 Pretty strong stuff from Japanese trumpeter Terumasa Hino – a session recorded during that early 70s period when he was really finding a new sense of openness in his music, which includes records like this – a meeting with a strong set of European avant players! The tracks are long, and often relatively free – a mixture of tighter arrangements and improvised solos that really take off – very strong work from Hino on trumpet, alongside Heinz Sauer on tenor, Peter Warren on bass, and Pierre Favre on drums. The tracks are long, with an energy that even surpasses some of Hino's free work in Japan – and titles include "Into The Heaven", "Dig It", "Crackling", and "Ph Ph T".  © 1996-2021, Dusty Groove, Inc.
(Part of the Enja 50th Anniversary Campaign!)