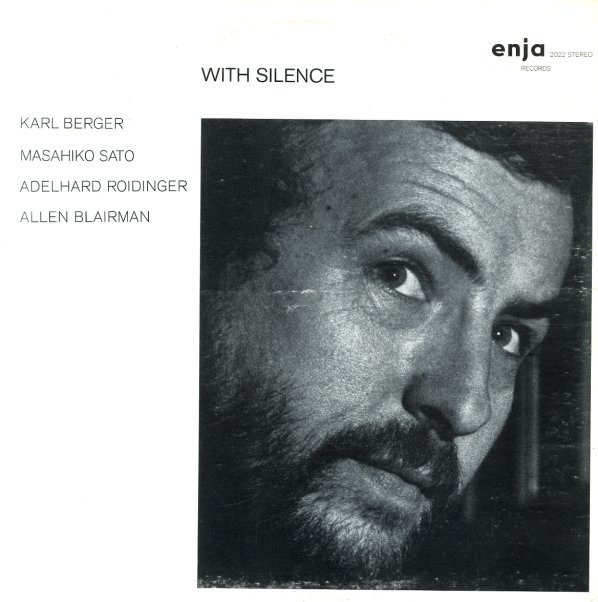 There's nothing silent here – as the album's one of the most biting 70s albums we've heard from vibist Karl Berger – an album that's relatively free overall, and which features some fantastic work by Masahiko Sato on piano! Sato really seems to bring out the darker tones in Berger's vibes, and his sometimes use of marimbas – really wonderful hues that are especially compelling when the whole group takes off for a long free run of improvisation! Other players include Allen Blairman on drums and Adelhard Roidinger on bass – and titles include "From Now On", "With Silence", "Get Up", and "The Only One Of Its Kind In My Garden".  © 1996-2021, Dusty Groove, Inc.
(Part of the Enja 50th Anniversary Campaign!)