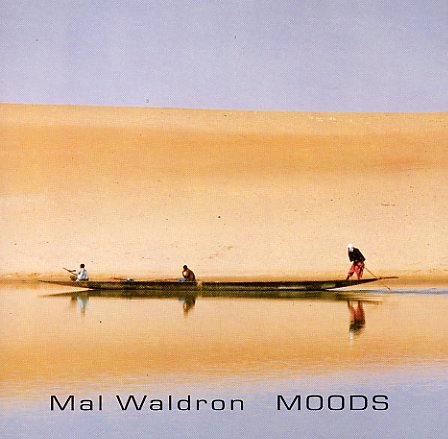 A bold musical statement from Mal Waldron – one of his strongest efforts from his European time of the 70s, thanks to some great help from strong hornmen on the set! Half the session features Waldron in introspective solo mode, as recorded often at the time – but the rest of the album features work by a bold sextet that includes Steve Lacy on soprano sax, Terumasa Hino on cornet, and Hermann Breuer on trombone. These group tracks are all quite long, and although free at times, have a focus and energy that's not only uncommon for Waldron in the period – but also for Lacy, who wasn't often working in such a style. Terumasa Hino's horn, as usual, is a strongly punctuating force on the set – and group titles include "Minoat", "Sieg Haile", and "A Case Of Plus 4s". Solo numbers include "Anxiety", "Lonely", and "Happiness" – all quite nice numbers, just a bit gentler and more introspective. CD features the bonus track "Soul Eyes".  © 1996-2021, Dusty Groove, Inc.
(Part of the Enja 50th Anniversary Campaign!)