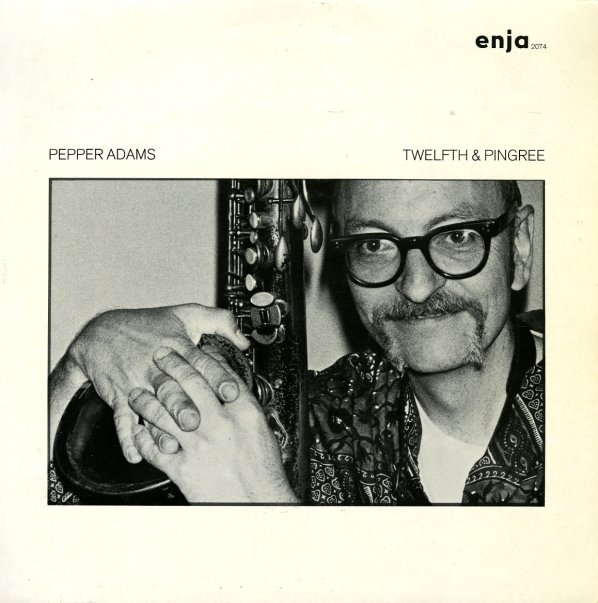 Exactly the kind of session that really lets Pepper Adams show his stuff – full of long, live tracks that really have Adams stretching out on baritone – handling the instrument with soul, depth, and dexterity that might well be unmatched during this point in his career! The quartet here features Walter Norris on piano, George Mraz on bass, and Makaya Ntshoko on drums – and while all players are excellent, especially Mraz, it's really Pepper whose shining light guides the session – both on his original tunes "Bossa Nouveau" and "12th & Pingree" – and on nice takes on "Well You Needn't" and "A Child Is Born".  © 1996-2021, Dusty Groove, Inc.
(Part of the Enja 50th Anniversary Campaign!)