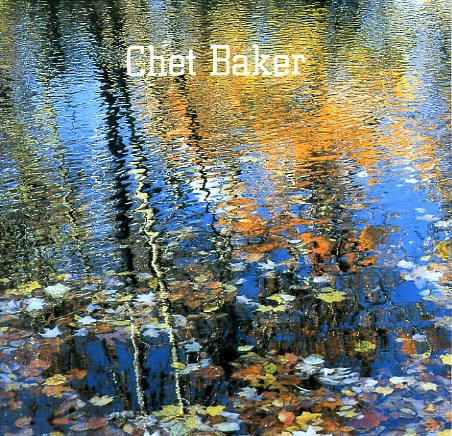 A key album from a fantastic point in the career of trumpeter Chet Baker – his later years, a time when most of the world was ignoring Baker's talents, but Chet was still in a hugely creative mode, and turning out some of his freshest sounds in decades! There's a wonderful quality to the whole record – and vibist David Friedman is a key part of the sound, as he really matches the air inclinations of Chet, as the pair are backed by Buster Williams on bass and Joe Chambers on drums and percussion – a fantastic duo who only make things sound even better. 4 of the album's 6 tracks are Friedman originals – including "For Now", "Shadows", "Syzygies", and "Lament For Thelonious". CD features alternate takes of "Peace" and "Syzygies".  © 1996-2021, Dusty Groove, Inc.
(Part of the Enja 50th Anniversary Campaign!)

Straight From The Heart – The Last Great Concert Vol 2
Enja/Ultra Vybe (Japan), 1988. New Copy
CD...$13.99 (CD...$4.99)
Material from the last concert Chet Baker ever recorded – a surprisingly tight session that has the trumpeter blowing solos in front of the NDR Big Band. The setting is relatively relaxed – not a blasting big band session, but one that colors in the space between Baker's notes with ... CD

Last Great Concert – My Favourite Songs
Enja/Ultra Vybe (Japan), 1988. New Copy
CD...$13.99 (CD...$5.99)
One of the last albums that Chet Baker recorded – and a set that changes things up a bit from the smaller combo setting of most of his final decade! The set features some small group work, but also brings in larger orchestrations on a number of tracks – balancing the fragility of Baker' ... CD

Strollin
Enja/Ultra Vybe (Japan), 1985. New Copy
CD...$13.99
Really great later work from trumpeter Chet Baker – material from his final decade on the planet, a time when he was really changing up his sound to suit both his physical and creative needs! As on some of the best from this period, the record's a trio date – and instead of piano, ... CD