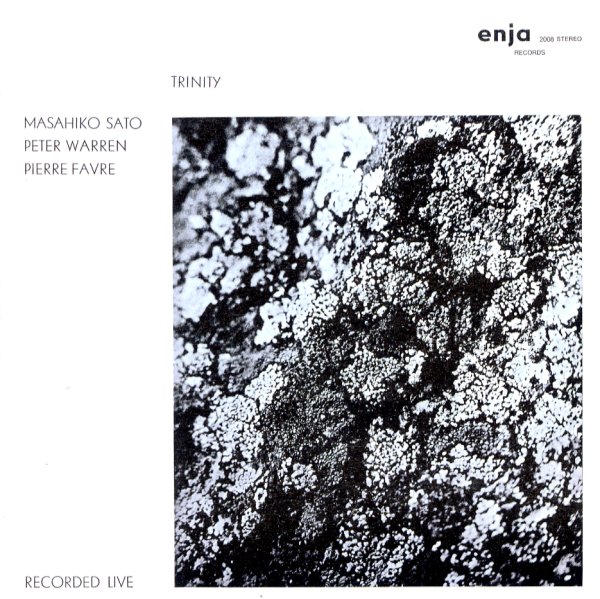 Japanese pianist Masahiko Sato is in a great trinity here – working with European players Peter Warren on bass and Pierre Favre on drums – on two side-long tracks that bristle with imagination! The music was recorded live at Studio 70 in Munich, and has the flow of some of the best free improvisation of the time – these boundless lines on piano from Sato, who's almost in a Cecil Taylor mode, but takes these nice pauses of introspection – while Favre does a great job of holding back, then kicking forth with energy – often in bursts that are nicely unified with Warren's bass. Titles include "Trinity" and "Far Trip".  © 1996-2021, Dusty Groove, Inc.
(Part of the Enja 50th Anniversary Campaign!)

With Silence
Enja/Ultra Vybe (Japan), 1972. New Copy
CD...$13.99
There's nothing silent here – as the album's one of the most biting 70s albums we've heard from vibist Karl Berger – an album that's relatively free overall, and which features some fantastic work by Masahiko Sato on piano! Sato really seems to bring out the darker tones in Berger's ... CD