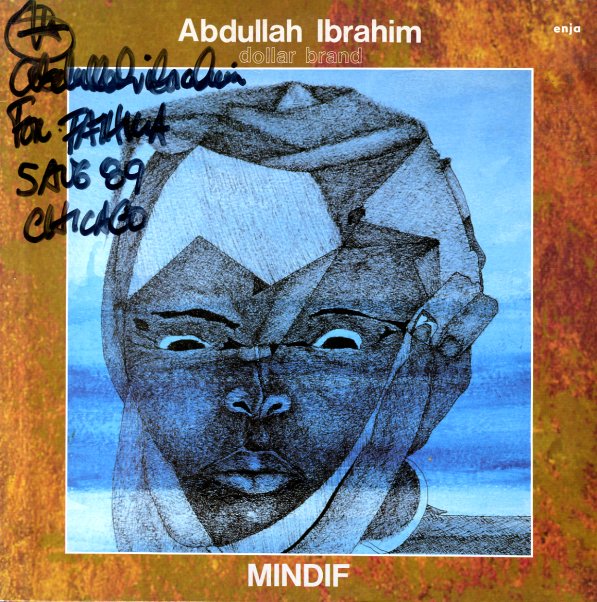 A great set that features Abdullah Ibrahim's soundtrack music for the 1988 Clair Denis film Chocolat – some of his best group recordings of the 80s! The feel here is a bit more African-styled than usual – even for Ibrahim – with strong use of reeds to inflect the tunes with the right degree of color and tone for their use in the film. The ensemble on the record features Ricky Ford on tenor and soprano, Craig Handy on flute and tenor, Benny Powell on trombone, David Williams on bass, and Billy Higgins on drums – and the tracks have a languid groove that recalls some of Dollar Brand's best South African recordings with Kippie Moketsie. Titles include "Earth Bird", "African Market", "Pule", "Star Dance", and "Serenity".  © 1996-2021, Dusty Groove, Inc.
(Part of the Enja 50th Anniversary Campaign!)