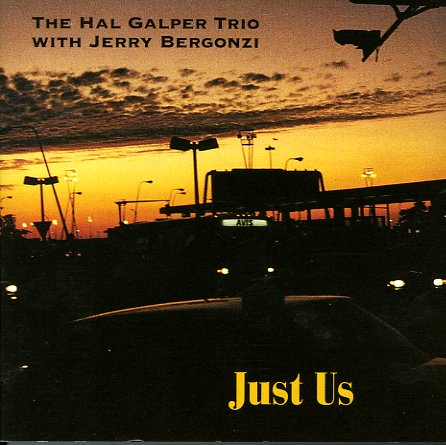 The trio of pianist Hal Galper gets some great guest work here from tenorist Jerry Bergonzi – a rich-toned player who really seems to bring out a different vibe in Hal's music! Galper's touch on the keys seems to be extra-dexterous here – really spinning out these long, lively lines that are balance with the well-placed tones of Bergonzi – given gently swinging support from Pat O'Leary on bass and Steve Ellington on drums! Many of the tunes are standards, but opened up with all these great colors – and titles include "Just Us", "Bye Bye Blackbird", "Stablemates", "Lover Man", "I'll Never Be The Same", and "Unforgettable".  © 1996-2021, Dusty Groove, Inc.
(Part of the Enja 50th Anniversary Campaign!)