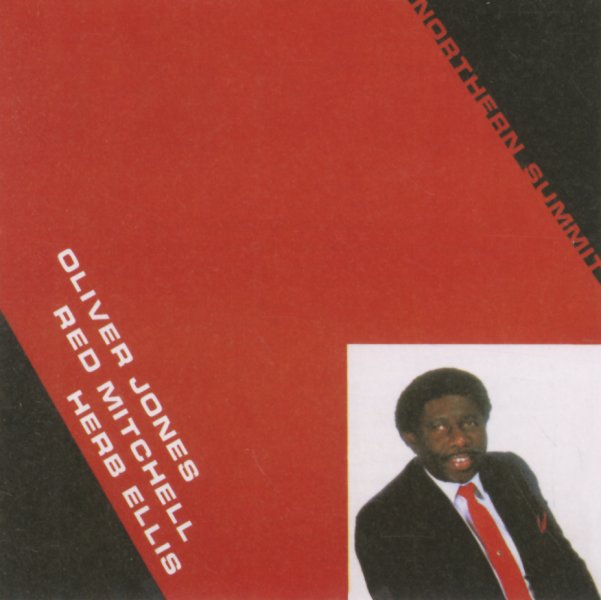 Pianist Oliver Jones takes a page here from the book of Canadian countryman Oscar Peterson – and works here in a drum-less trio, with beautifully well-rounded support from Red Mitchell on bass and Herb Ellis on guitar! Jones is definitely his own sort of stylist on the keys, but the setting evokes some of the great modes that Ellis used when working with Peterson back in the day – although shaped by that growing sense of color that Herb picked up on his later Concord Records years, which really does a lot to illuminate the record next to the more pointed notes of Jones on the piano. Titles include "Abunchafunk", "Katatura", "Lester Leaps In", "What A Beautiful Sight", and "Jordio".  © 1996-2021, Dusty Groove, Inc.
(Part of the Enja 50th Anniversary Campaign!)