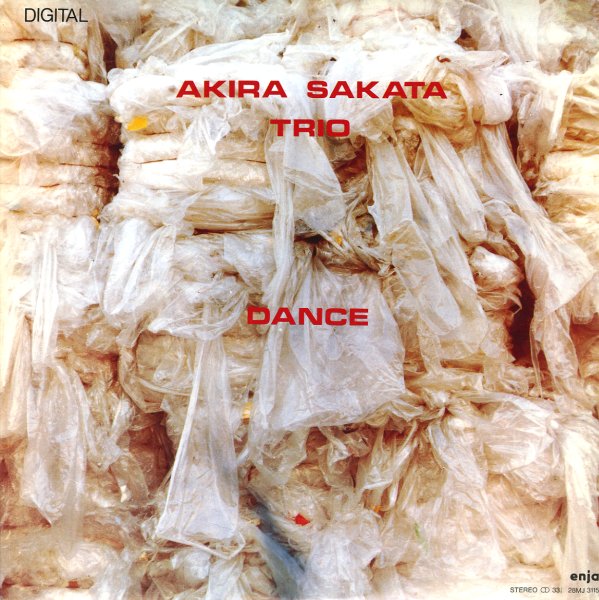 A great setting for the reed talents of the legendary Akira Sakata – one that's nicely different than his work with Yosuke Yamashita, as the group is a trio – with Sakata on alto and alto clarinet, Hiroshi Yoshino on bass, and Nobuo Fuji on drums! The songs are long, lean, and open – with Akira blowing these tremendous lines – of the sort that makes his music like this every bit the match of some of the best European improvisers of the time, thanks to the inherent soulfulness that Sakata brings to his horns, which has every minute overflowing with meaning. Titles include a great version of "Comme A La Radio" – the song originally done by Brigitte Fontaine & Art Ensemble Of Chicago – plus "Inanaki 2nd", "Right Frankenstein In Saigne Legier", and "Strange Island".  © 1996-2022, Dusty Groove, Inc.
(Part of the Enja 50th Anniversary Campaign!)