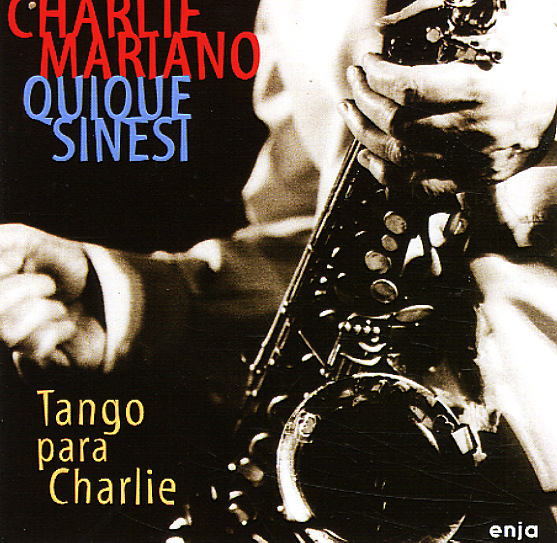 Quite an interesting project from reedman Charlie Mariano – a record that shows that his search for new creative settings never ends! As you'd guess from the title, there's a bit of a tango inspiration to the record, but in a format that's very different than most tango jazz – as the album features Charlie on alto and flute, in duets with Quique Sinesi, who plays a variety of acoustic guitars, including 7 string Spanish, charango, and piccolo guitar. This spare sound is quite different than regular tango modes – and the spareness allows Mariano to solo freely – in that wonderful range of tones that's always made his work surprisingly soulful, no matter what the setting. Titles include "Tango Para Charlie", "If Only", "Zephyr", "The Lady", and "Faluseando".  © 1996-2021, Dusty Groove, Inc.
(Part of the Enja 50th Anniversary Campaign!)