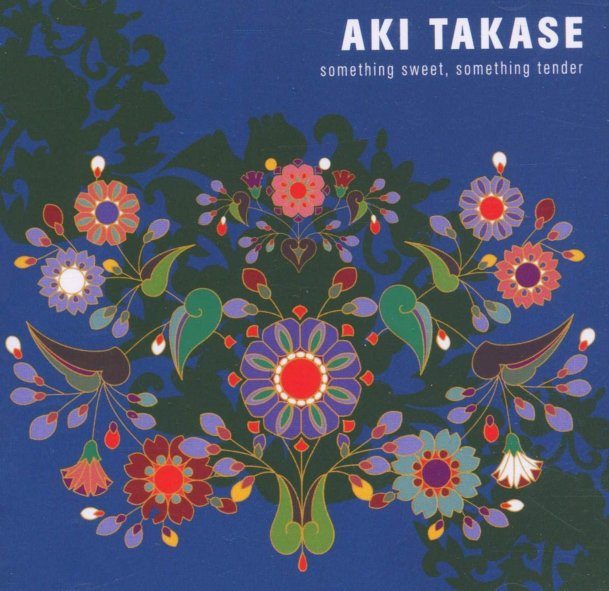 Something Sweet Something Tender

A set that's maybe not as sweet as you'd guess from the title – as pianist Aki Takase plays solo, often with all these sharp, angular edges – as she makes her way through a host of great original material, plus well-selected tunes from Ornette Coleman, Thelonious Monk, Carla Bley, and Eric Dolphy! At times, there's plenty of Monk in the music – but other moments open up with that subtle darkness that makes Takase such a distinct pianist, especially at this point in her career – doing a heck of a lot with a little, but also bursting out with dynamic moments that also remind us of her command of the keyboard. Titles include "Globe Unity", "The Sphinx", "Walking Batterie Woman", "Intermission Music", "57577", "More Than Truly", "So Long Mr T Shimizu", "Hinter Meinem Rucken", and "Locomotive".  © 1996-2021, Dusty Groove, Inc.
(Part of the Enja 50th Anniversary Campaign!)