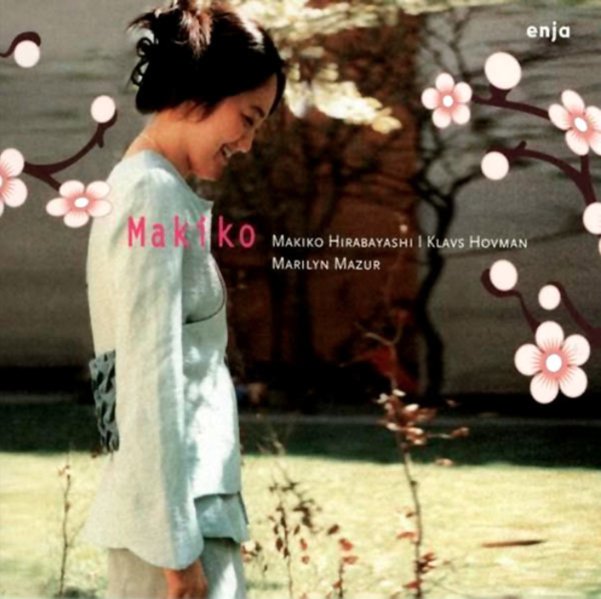 A beautifully bright album from pianist Makiko Hirabayashi – served up with all the sense of color you might expect from the cover – and swung nicely with help from Klavs Hovman on bass and Marilyn Mazur on drums! At times, the vibe is a bit like some of Mazur's albums with pianists – but other moments get a bit more introspective, and really showcase a more sensitive side of Hirabayashi's talents – yet even at those moments, there's a nice sense of swing that steps into the mix. All titles are original – and tunes include "Asymmetric Rainbow", "Clouds Over Mt Blanc", "Orchids", "My Cherry Tree", "Camel Ride", and "City Murmur".  © 1996-2021, Dusty Groove, Inc.
(Part of the Enja 50th Anniversary Campaign!)