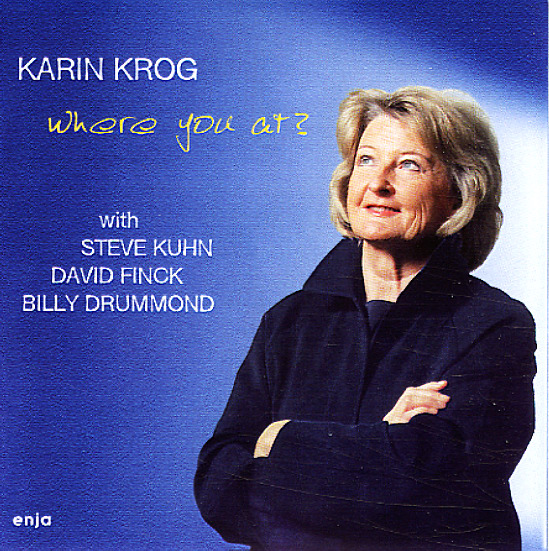 A beautiful return to form for singer Karin Krog – one of our favorite jazz vocalists ever! The album's got Karin singing to arrangements and backing from pianist Steve Kuhn, a wonderful talent for a set like this, and a songwriter who's contributed some really wonderful tunes to the European jazz vocal canon. Kuhn plays acoustic piano in the trio that accompanies Krog, and the album's got the spare, open, and ethereal feel of some of her best 70s work. The whole thing's really laidback, mellow, and done with that slightly icy touch that we love in Krog's voice – and tunes include "The Meaning Of Love", "It Could Be Hip", "Speak Of Love", "Missing Calada", "Kaleidoscopic Vision", "You Say You Care", "Canto Mai", and "Saharan".  © 1996-2021, Dusty Groove, Inc.
(Part of the Enja 50th Anniversary Campaign!)