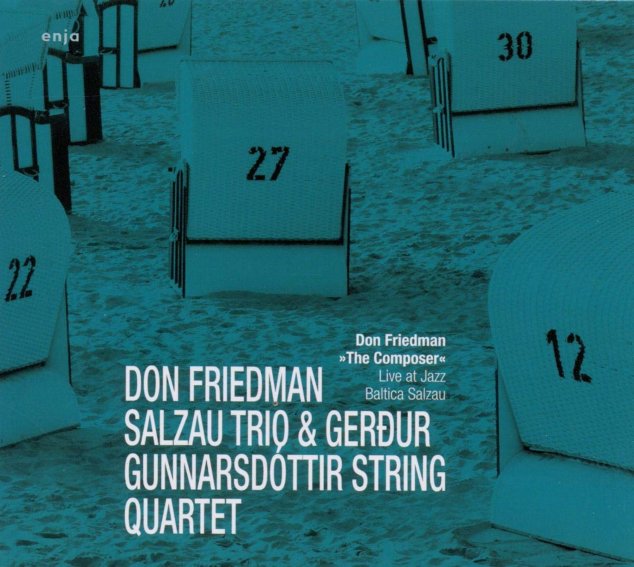 Don Friedman's a pianist, and one who's given us some great trio records over the years – but here, he's acting as a composer as well, and is set up in a nicely different setting! The album features a core group with Martin Wind on bass and Joe LaBarbera on drums, augmented by a string quartet who bring a wonderful sense of flavor to the music – opening up all the fantastic colors and tones in Don's tunes – almost amplifying his wonderful work on the piano, and never getting in the way of the jazz aspect of the record at all! The feel is very different than a "with strings" session – almost as if there's an extra paintbrush in Friedman's toolbox – and on a few tracks, the group is also joined by the baritone sax of Gary Smulyan, who further deepens the colors of the record. Titles include "Summer's End", "Friday Morning", "Waltz For Marilyn", "Red Sky Waltz", "Delayed Gratification", and "Memory Of Scotty".  © 1996-2021, Dusty Groove, Inc.
(Part of the Enja 50th Anniversary Campaign!)

Quickstep
Enja/Ultra Vybe (Japan), 1991. New Copy
CD...$13.99 (CD...$9.99)
One of those great Kenny Barron records from a time when it seemed like the pianist could do no wrong – effortlessly turning out great sessions like this, with such prolific energy that it's sometimes hard to remember them all! Yet even so, Quickstep is a real standout – a record that ... CD