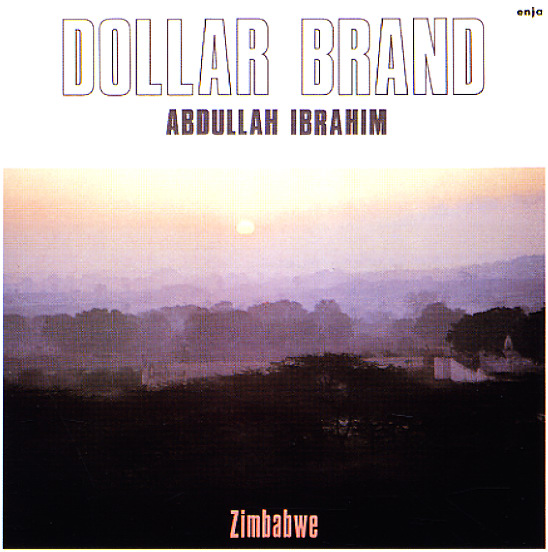 South African pianist Dollar Brand was still going strong into the 80s – as this excellent quartet session will attest! The record features a group with Carolos Ward on alto sax and flute, playing next to Brand's own piano and occasional soprano sax, backed by the bass of Essiet Okun Essiet and the drums of Don Mumford. Tracks are medium length – but filled with the slow-building grace that always makes Brand's work differ majestically from most of his contemporaries. Titles include "Karmat", "Guilty", "Zimbabwe", "For Coltrane, No 11", and "Bombella".  © 1996-2021, Dusty Groove, Inc.
(Part of the Enja 50th Anniversary Campaign!)