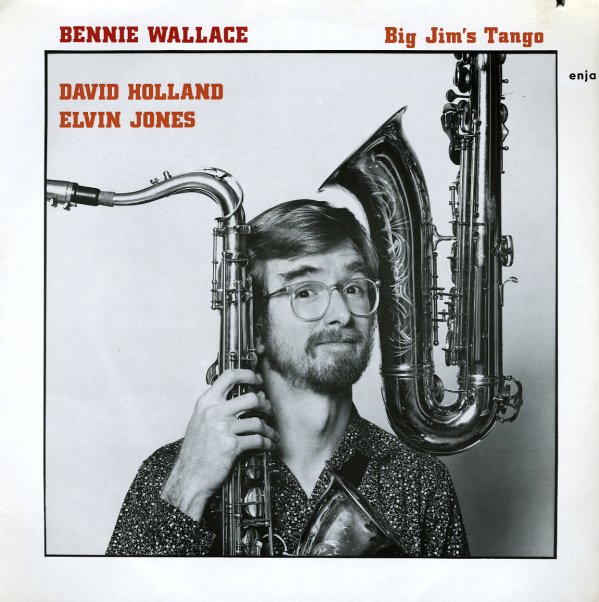 A stunning showcase for the tenor talents of Bennie Wallace – a lean trio date with Dave Holland on bass and Elvin Jones on drums – served up with the kind of boldness that we love on some of Jones' records that really feature a strong tenorist in the lead! Wallace can be sweet at times on other records, but he's got a nicely sharp edge here, even when playing inside – and most tracks are nice and long, and really open up with plenty of expression from all three players – a great thing too, as both Holland and Jones sound wonderful on the album! Titles include "Monroe County Moon", "The Free Will", "Green & Yellow", and "Big Jim Does The Tango For You".  © 1996-2021, Dusty Groove, Inc.
(Part of the Enja 50th Anniversary Campaign!)