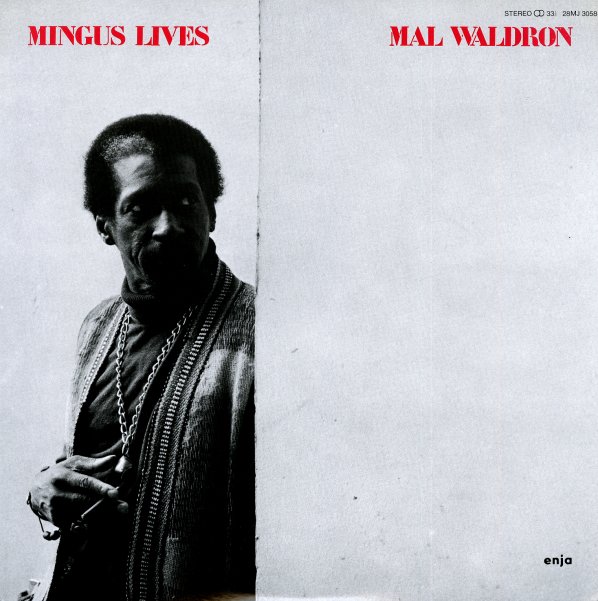 Not a Charles Mingus tribute album, as you might guess from the title – but instead, a wonderful session of solo piano work from the great Mal Waldron – one that's full of long tracks spun out beautifully in a live setting – all with a strong sense of freedom, but also a very rhythmic, inside quality that's a different than some of Waldron's more avant solo recordings! There's a lyrical vibe to the record that's a great reminder of Waldron's roots – his ability to mix gentle moments with darker themes – and a command of the piano that makes it clear that when Mal's playing, he owes nothing to anyone else. Titles include "Mingus Lives", "Tensile Structures", "Here There & Everywhere", and "Mingus Lives".  © 1996-2022, Dusty Groove, Inc.
(Part of the Enja 50th Anniversary Campaign!)