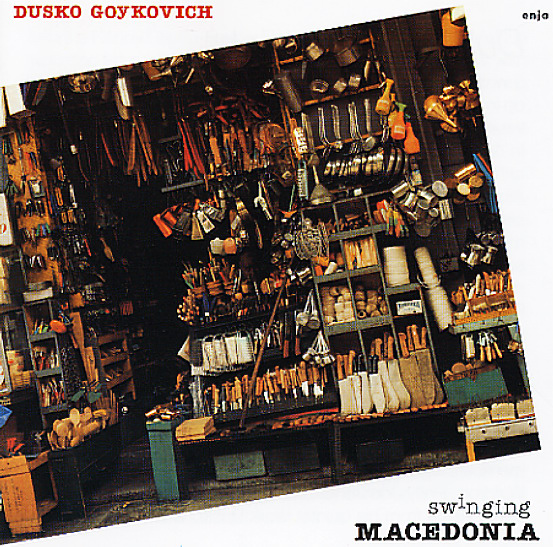 A legendary German session from the 60s – and a record that really showcases the unusual criss-crossing of modes that was going on in the European scene at the time! There's a very strong MPS vibe here – as trumpeter Dusko Goykovich leads a swinging sextet that includes Nathan Davis on flute, soprano, and tenor – blowing some tremendously soulful reed lines – plus incredible rhythms from Mal Waldron on piano, Peter Trunk on bass, and Cees See on drums. The record's an attempt to bring traditional Macedonian rhythms into a jazz perspective – but with players like these, it swings in a way any Macedonian album never could – damn soulful, and with a great exotic vibe. Davis is especially great, and plays in a soaring modal vein that's similar to his work on his classic MPS sides, and on the records he cut in America in the early 70s. The album's a beautiful session that often get's overlooked because it blends it with the Enja catalog – but it's really more of a record that belongs in an MPS reissue series, and is a great lost groover that's waiting to be rediscovered by the Dusty Groove crowd. Titles include "Macedonia", "Old Fisherman's Daughter", "Jumbo Uganda", "Bem Basha", "Saga Se Karame", and "The Nights Of Skopje".  © 1996-2022, Dusty Groove, Inc.
(Part of the Enja 50th Anniversary Campaign!)