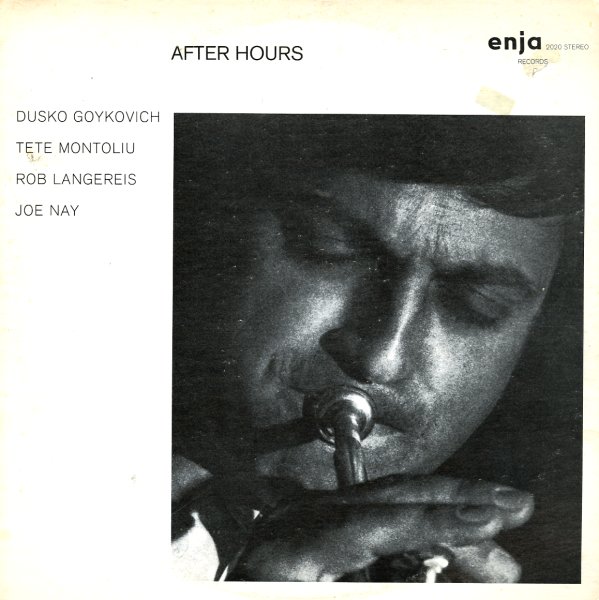 After Hours (aka Ten To Two Blues)

A rare Spanish session from trumpeter Dusko Goykovich – and easily one of the most soulful albums he ever recorded! The set's got a warm, laidback vibe – very much in keeping with the title and cover image – as Dusko blows some great open-ended solos with rhythm from the trio of pianist Tete Montoliu – working here as a great accompanist to the leader, with flowing lines that perfectly match Dusko's energy! Tracks are longish, with a very relaxed vibe – and the rest of the group features Robert Langereis on bass and Joe Nay on drums – helping Gokovich hit a very different sound than on some of his more exotic albums of the time. Titles include "Blues To Line", "I Remember OP", "Old Fisherman's Daughter", and "The Child Is Born".  © 1996-2021, Dusty Groove, Inc.
(Part of the Enja 50th Anniversary Campaign!)