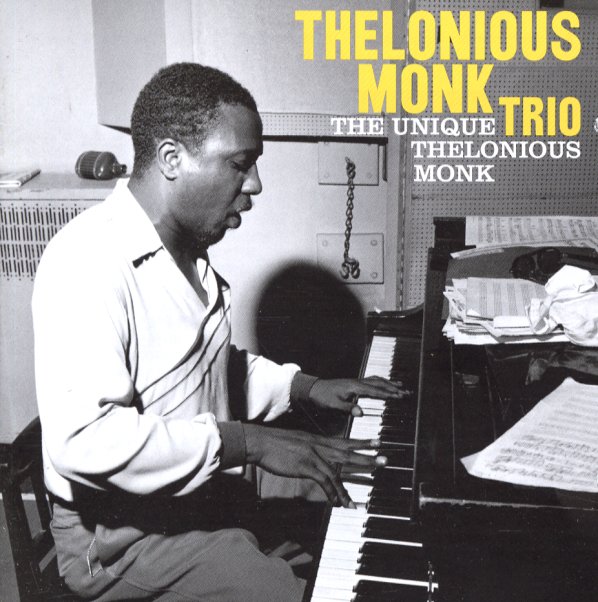 The session's billed as "very personal treatments of great standards" – and it's a great twist on familiar material, all given the Thelonius touch! There's less of Monk's creative composition and angular group arrangements going on here – and instead, the album's almost a rewriting of 40 years of popular compositions, all taken into the modern world of Monk's piano. The group's a trio, with Oscar Pettiford on bass and Art Blakey on drums – and titles include nicely reworked versions of "Just You Just Me", "Memories Of You", "Liza", "Darn That Dream", and "Tea For Two". Thelonious Monk plays the music of Duke Ellington – but as you can imagine, the sound here is quite different than usual! At a time when Ellington was working mostly in large group format for the mainstream, Monk's presentation of his standards in trio format is a wonderful way to unlock their nascent modernism – the angular tones, lines, and complex ideas that were still present in the orchestra readings of the tunes, but which would show up even more strongly in Duke's smaller group dates of the 60s. Many numbers bear the familiar Monk imprint – complicated lines on the keys and sharp changes that really reignite the numbers – and rhythm here is from Oscar Pettiford on bass and Kenny Clarke on drums. Titles include "Mood Indigo", "It Don't Mean A Thing", "I Got It Bad and That Ain't Good", and "Caravan".  © 1996-2021, Dusty Groove, Inc.

Hard Swing (Japanese paper sleeve edition)
Verve (Japan), 1959. Used
CD...$29.99
Sublime Sonny Stitt for Verve – a near-perfect record in just about every way from start to finish! Sonny's tone is amazing here – crisp, but still with a great deal of warmth – and focused, but never in a way that's hackneyed or cliched – really showing the brilliance of ... CD