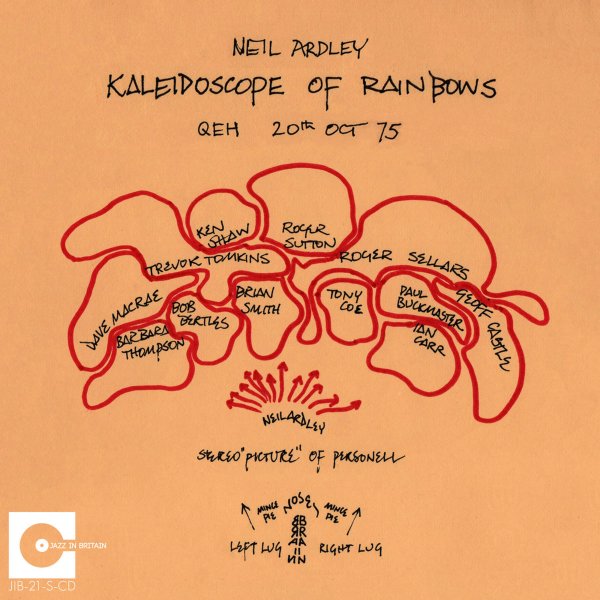 A rare live performance of material that was originally conceived for the Kaleidoscope Of Rainbows album by British jazzman Neil Ardley – performed here at the Queen Elizabeth Hall, and with a sound and vibe that's even more striking than the famous record release of the music! The set begins with some incredible percussion – courtesy of Roger Sellers and Trevor Tomkins – almost echoing a gamelan style, with vibes and other instruments making great sounds – as electric piano and other keys come into the mix, courtesy of Geoff Castle and Dave McRae, while the sound is woven with bass guitar from Roger Sutten and guitar from Ken Shaw – all to blossom from reed contributions from Tony Coe, Brian Smith, Barbara Thompson, and Bob Bertles, topped with sublime trumpet from the great Ian Carr! The sound is wonderful throughout – even augmented by a bit of cello from Paul Buckminster – and the mix of electric and acoustic elements is very much in the best mode that made Ardley a real standout in this generation of British jazz. The suite features 16 passages in all – a great double-length set!  © 1996-2022, Dusty Groove, Inc.