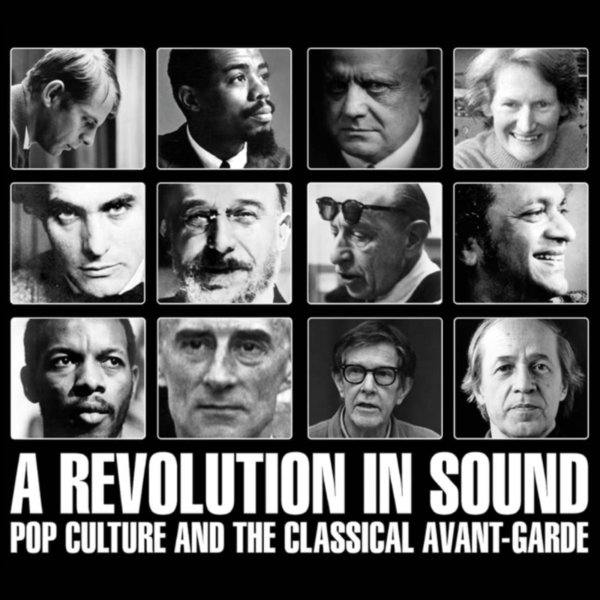 A really great idea for a collection – one that brings together postwar modern music in all of its many formats – from avant jazz, to early electronics, to Indian music, 20th Century classical, and even a bit of straighter jazz moments too! The package is very ear-opening – as it offers the chance to hear instrumentalists next to compositional talents that had inspired them – and the collection provides a way to hear different strains of sonic experimentation that were sometimes running parallel to each other, sometimes criss-crossing in strange ways. There's a wealth of musical discoveries throughout – and the 4CD set is overflowing with key cuts from Ornette Coleman, Bela Bartok, Edgard Varese, Daphne Oram, Jean Sibelius, Eric Dolphy, Ravi Shankar, Pierre Henry, John Cate, John Coltrane, Humphrey Searle, Arnold Schoenberg, Bill Evans, Olivier Messiaen, Luigi Nono, Charles Ives, Karlheinz Stockhausen, Bruno Maderna, Julian Bream, and many others.  © 1996-2022, Dusty Groove, Inc.

Ode To Marilyn
Svart (Finland), 1973. New Copy
CD...$7.99 17.99
A tribute to Marilyn Monroe, but one that's way different than you might expect – as the music here is highly electronic, and often quite dark – served up in a mix of experimental and jazz-based modes by a very unusual Finnish group from the early 70s! The quintet features drummer ... CD

Pierre Henry Collector
Universal (France), 2010s. New Copy
CD...$12.99 16.99
A mindblowing journey in sound – a dip into the archives of French composer Pierre Henry – the postwar master of electronics and musique concrete, and an artist who was still very active in the final years of his life! The material here was all either recorded or reworked in Henry's ... CD

There'll Be No Tears Tonight
Parachute/Corbett vs. Dempsey, 1980. New Copy Gatefold
CD...$12.99 15.99
One of the most compelling albums ever recorded by guitarist Eugene Chadbourne – a set billed as "free improvised country and western bebop" – and which features Chadbourne serving up these wild variations on tunes by Carl Perkins, Roger Miller, David Allen Coe, Bobby Bare, ... CD