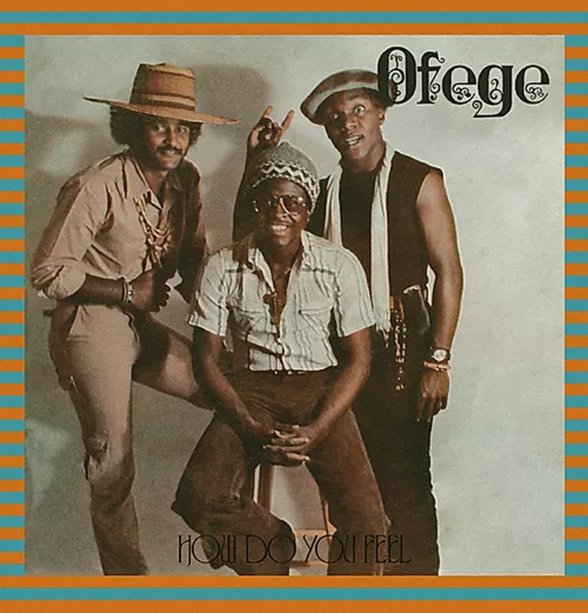 The fourth and final album from Ofege – and a set that shows the Nigerian group still very much at the top of their game – soaring out on fast funk rhythms that often echo American styles of the time, but with a lot more edge – and produced with all these cool trippy touches around the edges, which serve to fold together the musical elements in a really unique way! The vibe is different than both the larger Afro Funk combos of the period, and some of the crossover disco/boogie that was beginning to come into the mix – very standout, very unique work that really sets the group apart from the rest. Titles include "Burning Jungle", "World In Peace", "How Do You Feel", "Nature Queen", "Naira Power", "Take Your Mind Away", "Check It Out", and "Frustration".  © 1996-2022, Dusty Groove, Inc.
(Recent 180 gram Light In The Attic pressing on white vinyl. Cover is bent a bit at the top right corner.)