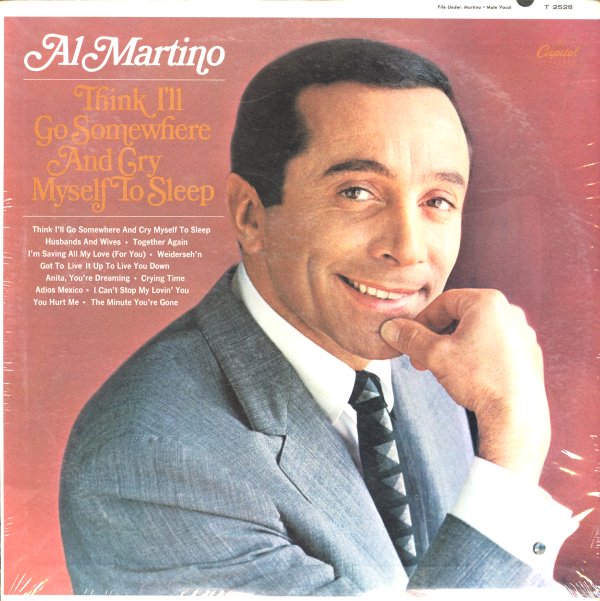 A nice example of the greatness of the Al Martino voice – sung in a mode that nicely moves past his familiar hits! "Think I'll Go Somewhere" follows a bit more of the country influence that was creeping into a lot of the Capitol stable in the mid 60s – a style that's not exactly country, but which shows some of the syncopation and lightly trotting rhythms of the growing Capitol country stars, plus some of the subject matter as well. Martino's full voice is surprisingly great for this sort of mode – and the mostly country arrangements by Peter DeAngelis are mixed with some more standard 60s pop backings from Belford Hendricks, especially on a few of the singles for the record. Titles include "The Minute You're Gone", "Husbands & Wives", "Together Again", "Wiederseh'n", "I Can't Stop My Loving You", "Got To Live It Up To Live You Down", and "Anita You're Dreaming".  © 1996-2021, Dusty Groove, Inc.
(Mono pressing. Shrinkwrap has a hole in front from sticker removal.)