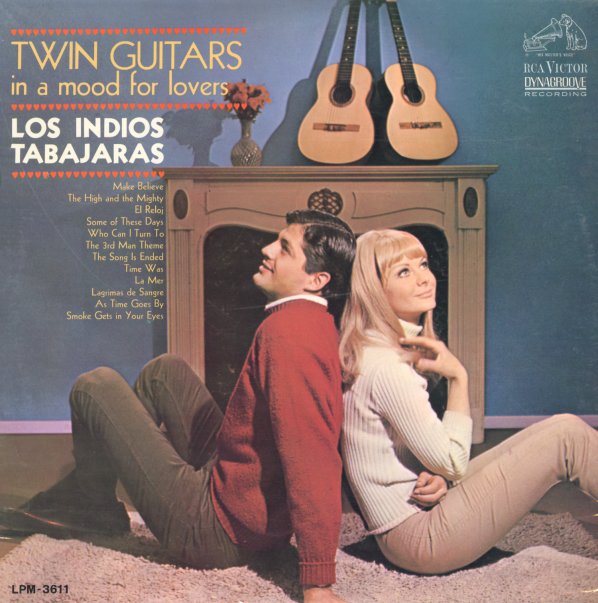 Twin Guitars In A Mood For Love

Big Screen Little Screen
RCA, Early 70s. Very Good
LP...$2.99
Henry Mancini balances things out between the big screen of the cinema and the little screen of the TV – both showcases for his famous work over the years! Many of the numbers here aren't Mancini originals, but hits of the day, redone by Hank in a variety of modes – some a bit funky, ... LP, Vinyl record album

Dear Heart & Other Songs About Love
RCA, 1965. Very Good+
LP...$0.99
Dear Heart And Other Songs About Love brings out the purely sentimental side, with Mancini's symphonic jazz stylings taking on some of the better known period romantic pop numbers. Tracks include "Dear Heart", "Girl From Ipanema", "Mr. Lucky", "Soldier In The ... LP, Vinyl record album

Teen Drums
Capitol, Late 60s. Very Good-
LP...$14.99
One of Les Baxter's best for Capitol! Forget the "teen" in the title, because this is a super-hip album filled with great percussion tracks. More than a few of the numbers have a Latiny groove – mixing strong exotica scoring with rawer percussion than usual, and some occasional ... LP, Vinyl record album