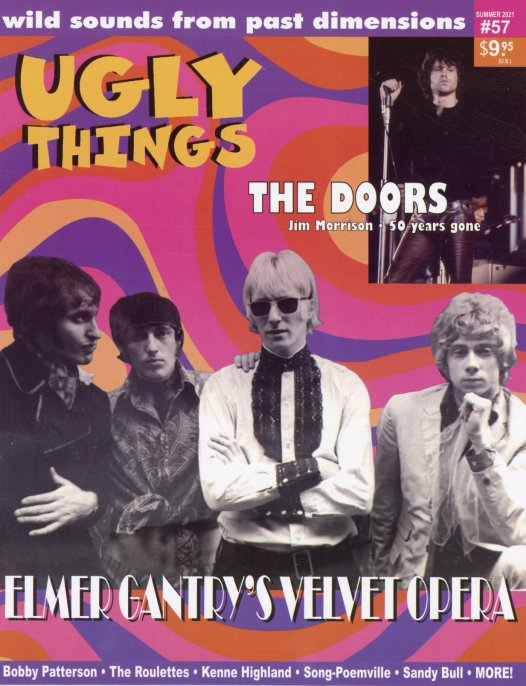 Ugly Things promises "wild sounds from past dimensions" – and as always, the magazine delivers in droves! This time around, there's a massive cover feature on psychedelic giants Elmer Gantry's Velvet Opera – plus a look back at the 50 years since the passing of Jim Morrison, and more on Sandy Bull, Bobby Patterson, The Roulettes, and Kenne Highland – the kind of wide spread of unusual sounds that always keeps the magazine interesting! And as usual, you get a hell of a lot of bang for your buck – over 150 pages, with very little ads, a huge amount of text, and vintage images and record scans throughout.  © 1996-2021, Dusty Groove, Inc.